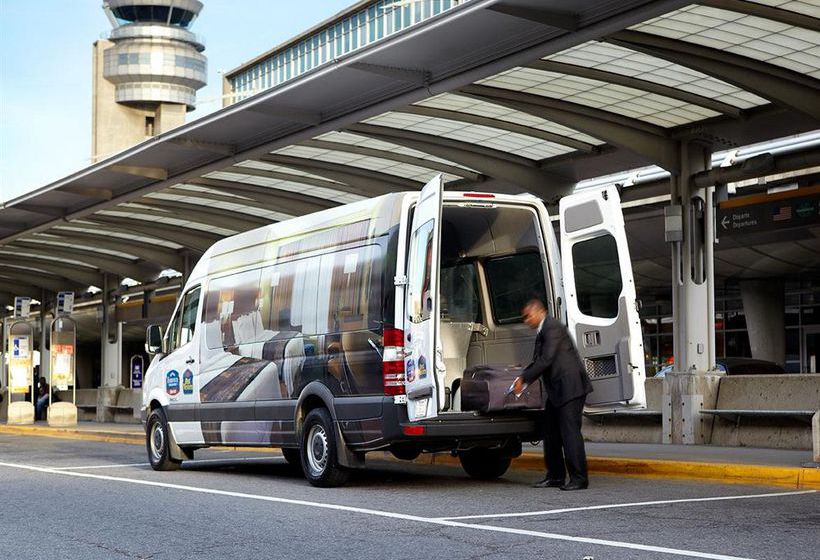 When you stay at Fairfield Inn & Suites by Marriott Montreal Airport in Dorval, you'll be near the airport and convenient to Dorval Municipal Golf Club and Peter B Yeomans Cultural Centre. This hotel is within close proximity of Bombardier Aerospace and Golf Dorval. Don’t miss out on recreational opportunities including an indoor pool and a fitness center. Additional features include complimentary wireless Internet access, a fireplace in the lobby, and a television in the lobby. Featured amenities include complimentary high-speed (wired) Internet access, a 24-hour business center, and a computer station. Planning an event in Dorval? This hotel has facilities measuring 2885 square feet (260 square meters), including meeting rooms. A roundtrip airport shuttle is complimentary (available 24 hours), and a train station pick-up service is also provided at no charge. Make yourself at home in one of the 162 air-conditioned rooms featuring refrigerators and LCD televisions. Complimentary wired and wireless Internet access keeps you connected, and satellite programming provides entertainment. Private bathrooms with shower/tub combinations feature complimentary toiletries and hair dryers. Conveniences include safes and desks, as well as phones with free local calls.