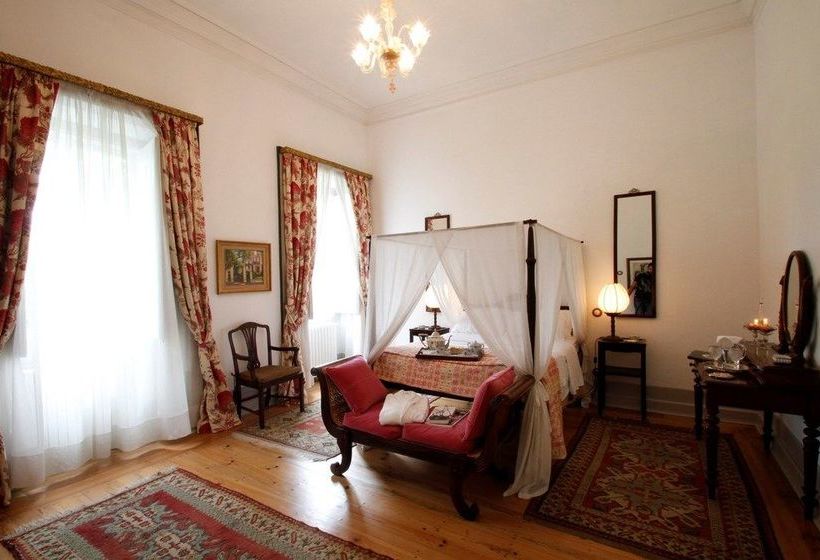 Casa de Mogofores is strongly connected to Portuguese XIX century history; a period in which political instability sprouted from liberal revolts a new bourgeois elite increasingly influent in public administration and in economic circles. This background explains the decision of Albano Coutinho Son, to move to Mogofores in 1876, after starting a brilliant career as political journalist, devoted to the democratic and republican causes and as a well-recognised talented writer. With his peculiar urbanity, Coutinho pursued his fight for republican and regionalist ideals, standing up to the monarchic forces of the region that “didn't keep up with the proper movement of his time”. Albano Coutinho was the first Civil Governor of Aveiro after the implementation of the Republic in 1910. He participated in the establishment of the Democratic Centre and of the Directory of the Portuguese Republican Party. Rich landowner, Coutinho dedicated himself to the agricultural development of Bairrada, studying and promoting the study of cultivations and cultures, diseases and treatments and the inhibiting and progressive factors of local husbandry. His private wine cellar was a true experimental centre for new wine making techniques and methods. We owe him the development of Bairrada agrarian teaching, as he restructured the activity of the Agriculture Development Office in Anadia (seat of Council) and established, thanks to his parliamentary position, a Practical School of Agriculture in that village. A word of praise is due to his contribution as member of the Northern Phylloxera Combat Commission and as head and counsellor of the recently created Agrarian Syndicate. We owe him as well the decisive effort for the establishment and development of Curia Spa and the Thermal Water Society. Coutinho's father was the first citizen to have a civilian funeral in Portugal, father and son alike, these men were strong defenders of religious freedom, opposing the existence of official religions. Casa de Mogofores holds architectonic traces that reveal a strong connection to the Masonry movement. Over the door of the noble floor there is an entaglio engraving with round arms dated 1867 with the saying “ For political liberty, for religious and conscience li